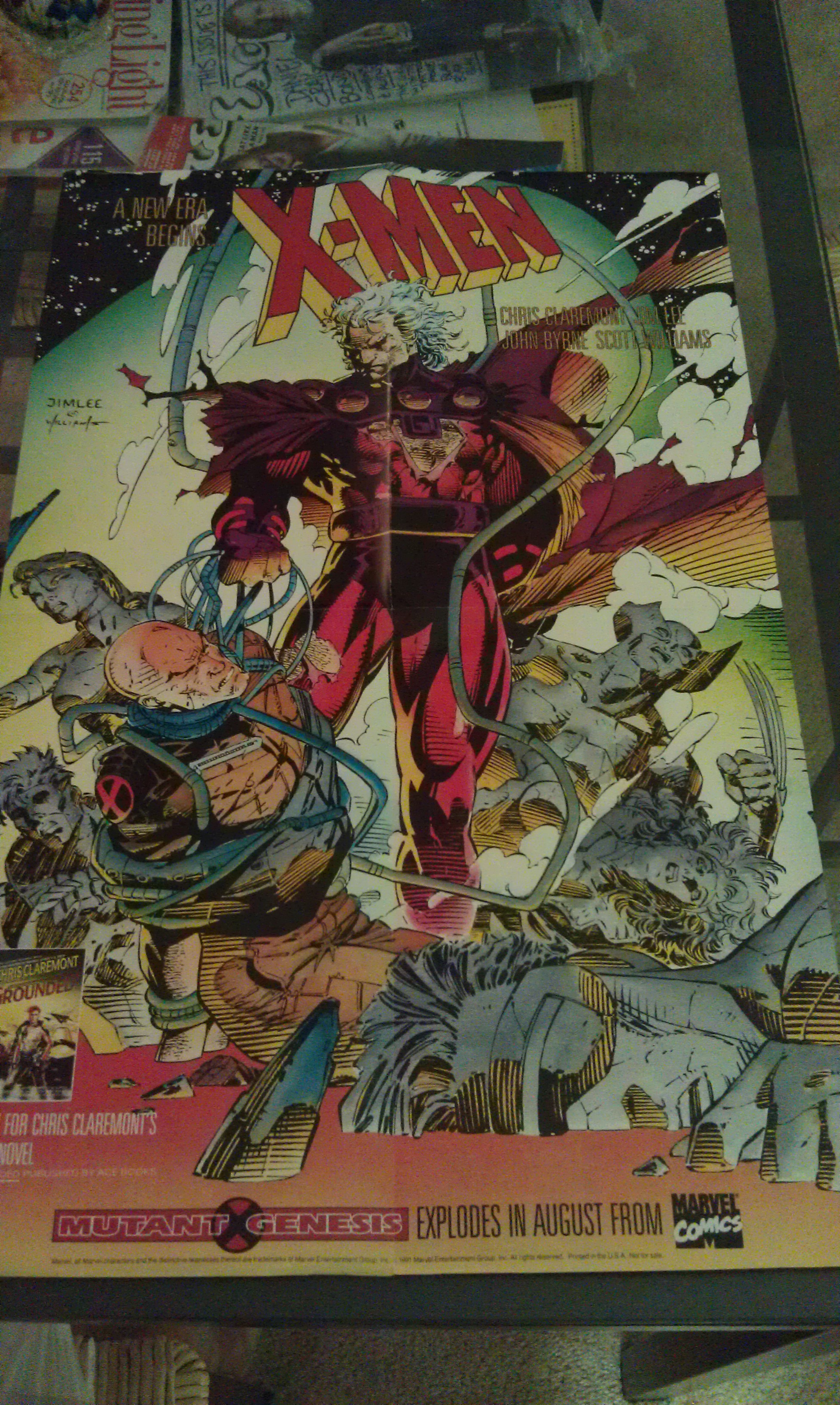 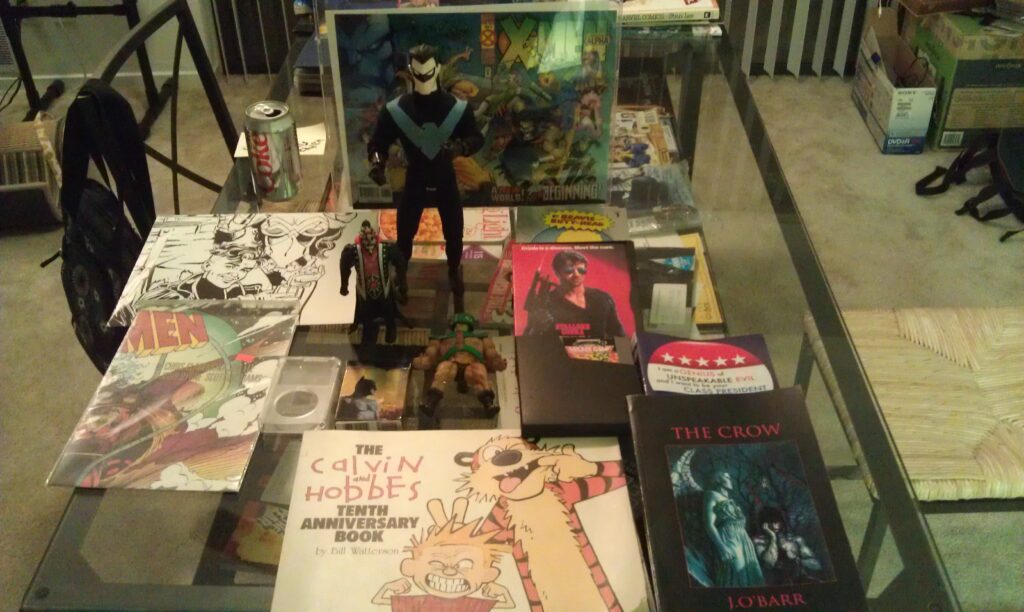 So, last weekend the rain was too much of a nuisance for any of the local yard sales to take place, but I was still jonesing for a treasure hunt. That meant that I had to find someplace indoors, which led me to the Civitan Flea Market. Located in Arlington, VA, the Civitan Flea Market occurs on the first Saturday of each month, from the months of April to November. I checked it out for the first time a few months back, and I liked what I saw. Since it takes place in a multilevel parking garage, it’s open rain or shine. Basically, a vendor pays about $20 to set up in a parking space, and you’re left to just make the rounds. From what I could tell, vendors don’t seem to have “regular” spots, so I walked around to see if I noticed any of the good vendors from my first trip. But we know you’re not here for the words – you’re here for the haul! 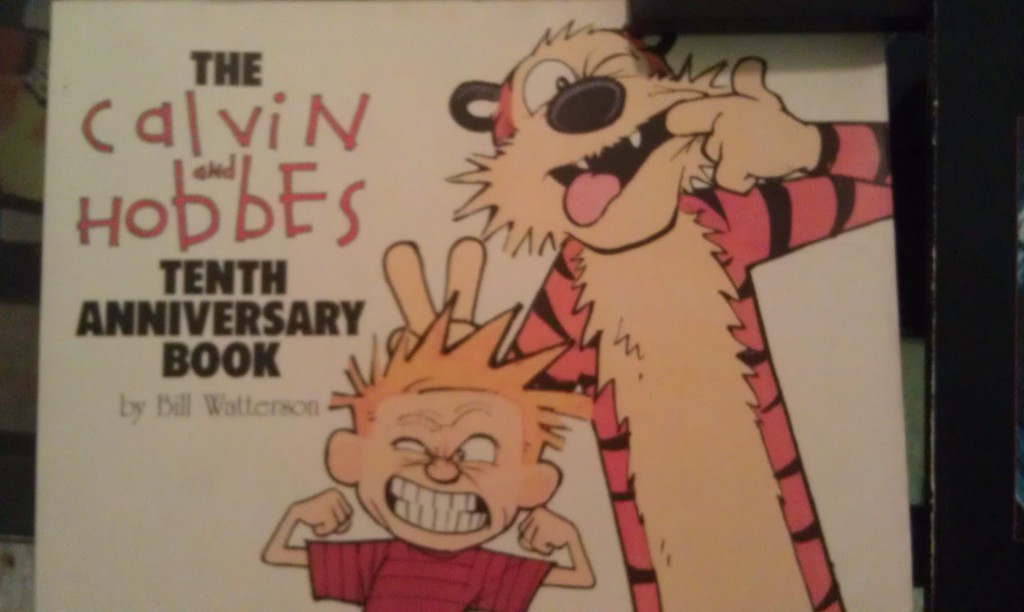 Recently, I’ve been buying up all the cheap Calvin & Hobbes books I run across. Here’s a little confession: I really hated C&H up until about 2 months ago. I know most of my peers fondly look back on the series, but I just never “got” it. I think I had the misfortune of always tuning in when it was one of the, for lack of a better word, “preachier” strips, so I just always felt it was overrated. That said, as someone who had a myriad of imaginary friends, this series was pretty much right up my alley. So, I found a collection at a yard sale a few weeks back, which has led to the acquisition of 2 more collections.

As a fanboy, this is one of those things that I guess I’m expected to have read. I’d never really come across it, and it always seemed a little too much of a Sandman gateway book anyway. Since I’m neither a cutter, nor do I work at Hot Topic, I always shied away. Well, on this particular day, I guess I was kinda desperate to buy a comic, and this was the best I could do. The vendor wanted $3 for it, which I felt was kinda steep. Then, she told me that it was for her grandson’s college fund. I couldn’t let the guy suffer through student loans as I had. I forked over the three Georges. Then, I asked her where he was thinking of going for college. She replied, “Well, he’s only 16 months old right now.” Huh. All I could say was, “Well, I guess you’ve got a couple more sales ahead of you.” 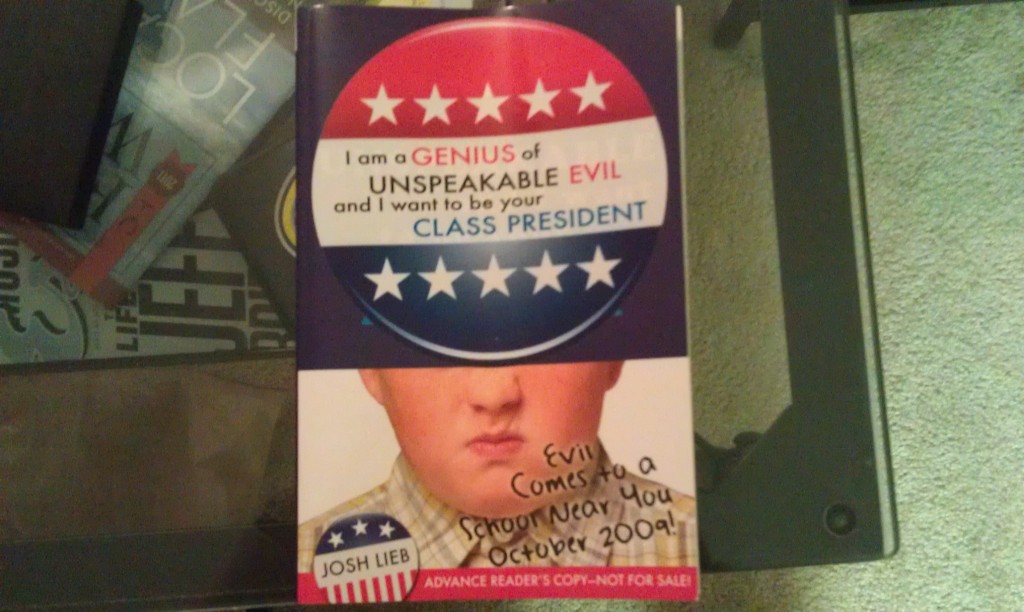 I’d seen this book during one of the Borders liquidation sales, but couldn’t bring myself to pay what they were asking at 25% off. This, however, is not only an advance reader’s copy but it was also a quarter! I’m a sucker for preview and promo items, so this was just what the doctor ordered. The seller had placed a sticky note on it, saying it was “Perfect for fans of Family Guy and The Daily Show“. This might just be an oversell – kinda like how every comedy compared itself to The Hangover for a whole year. 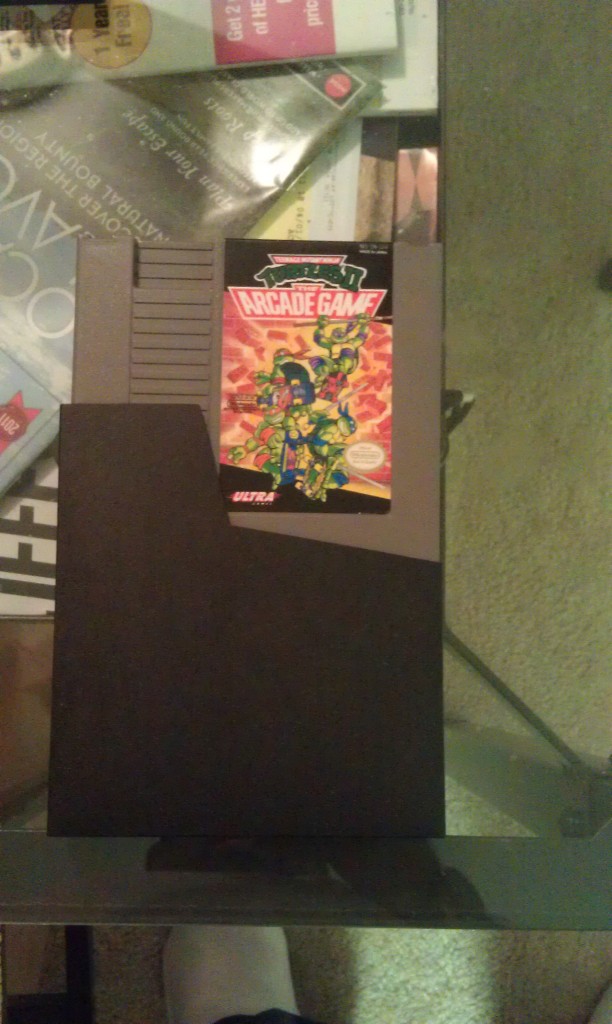 If you dare claim there was a better game for the Nintendo Entertainment System, I will slap you in the face and kidnap your dog. 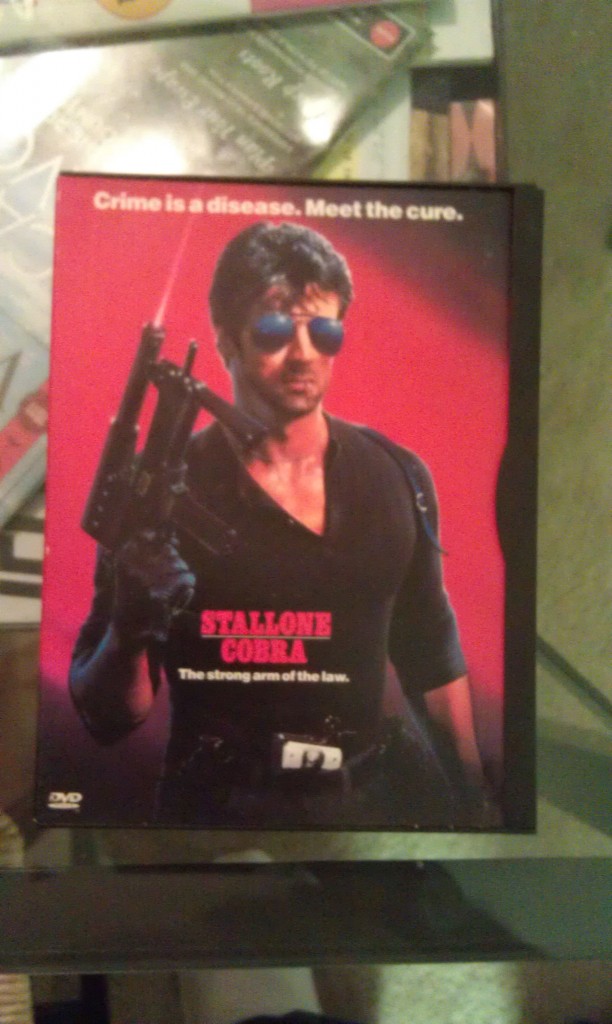 Stallone was supposed to be in Beverly Hills Cop. They decided they wanted to go in another, more comedic direction. He made this instead. And it was GLORIOUS. I love this movie for the odd product placement. Just imagine: Pepsi paid to have one of their soda fountains shot up in a standoff; a Christmas-themed Toys “R” Us commercial is playing in the background, as Stallone cleans his gun and eats cold pizza! 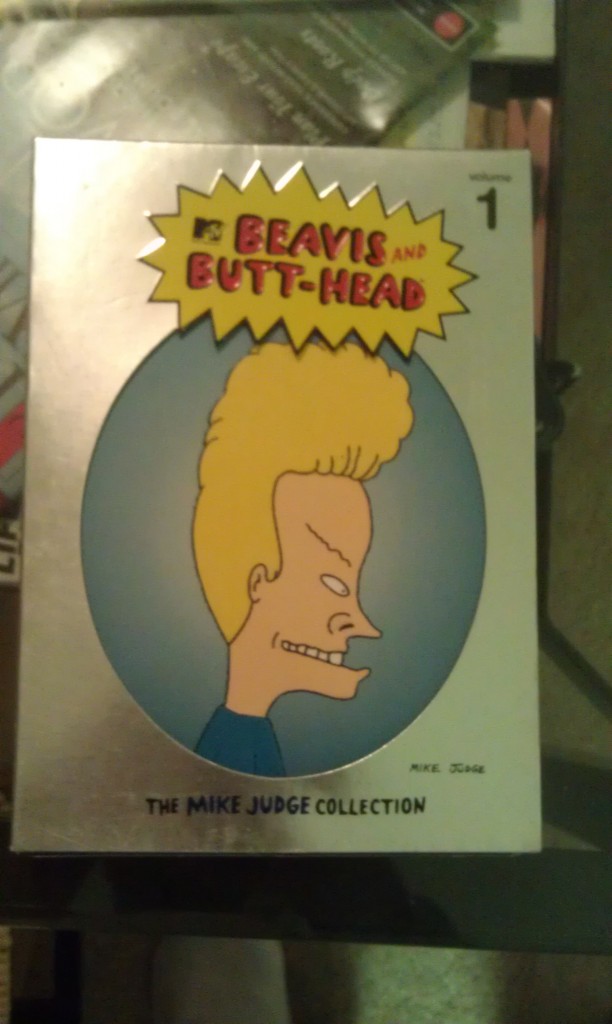 I wouldn’t buy season sets of this show, but I am sucker enough to fall for “The Mike Judge Collection”. Sure, it’s a best of collection, but it’s a multi-disc best of. Plus, I trust Mike Judge. The man went on to give us Office Space and King of the Hill. It’ll be worth it if “Teen Talk” is one of the episodes featured. “I’m Lolita, and this here’s Tanqueray. You boys wanna go back behind the bleachers and make out?” 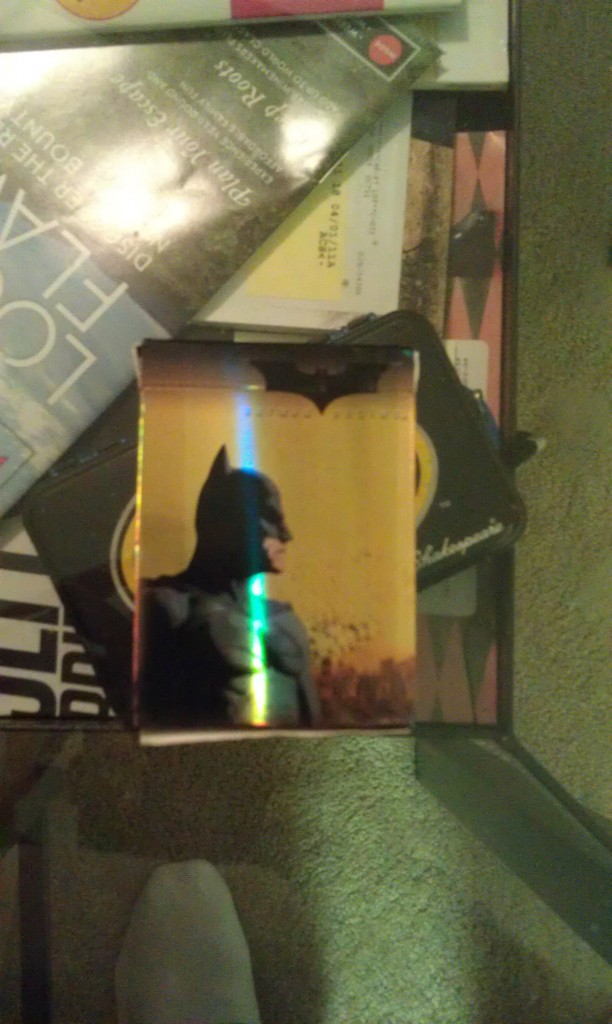 And now we come to the reason for this post’s title. You may not be able to tell, but this is a deck of Batman Begins playing cards. It was purchased for three reasons:

Now, I knew what I was getting into. The seller told me that someone earlier in the day had counted the cards and that while the deck was missing an Ace, there were THREE Jokers. Now, I’m used to quirky merchandise, so I wondered if it was supposed to have 3 Jokers. I mean, “Joker” kinda means a little more in a Batman-themed card deck, so maybe that was the novelty. Still don’t know. I don’t even play cards!

This is Tri-Klops. He’s from He-Man. That is all. 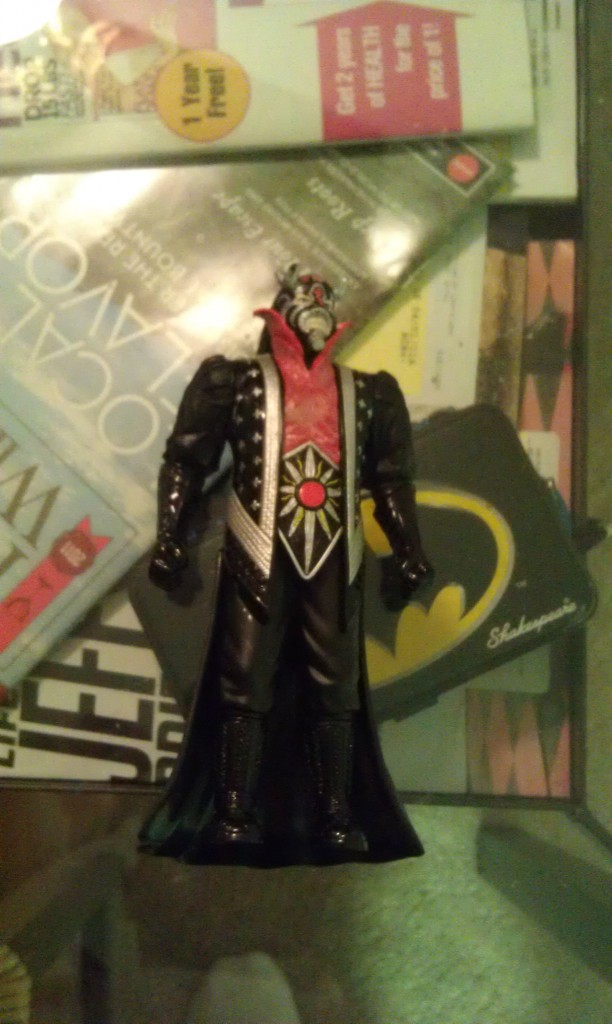 This is Lothor – the “big bad” from Power Rangers Ninja Storm. While he was far from the most menacing villain, I always loved his aesthetic. It’s not everyday you see an evil alien ninja in a luchadore mask. The articulation sucks, like most Power Rangers villain figures, but he still looks cool standing around. 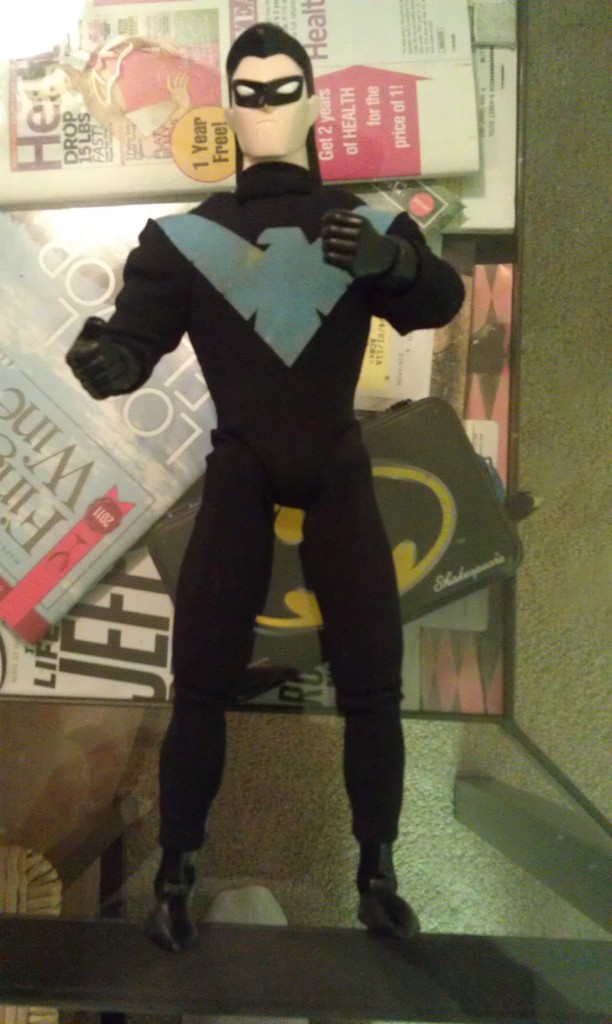 A Nightwing doll! How cool is that?! Yes, I’m calling it a “doll” because that’s basically what this is. Sure, his body is probably based on a G.I. Joe style body, but he’s got a cloth outfit and hard plastic head. He appears to have mustard or something on his chest, but I don’t care. Nightwing doll for $1! 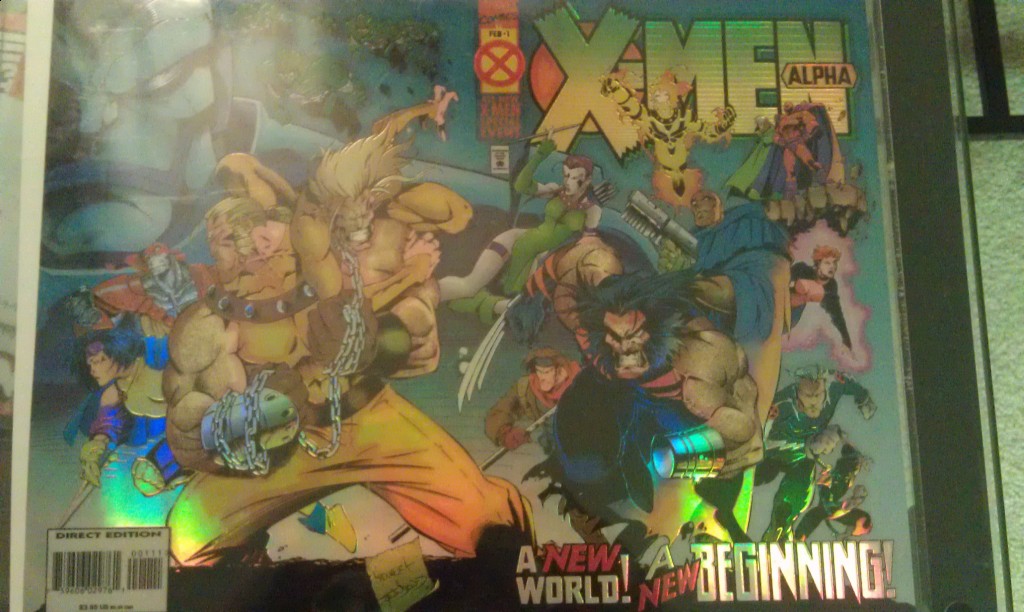 I got this from my favorite vendor. Last time, she had some great Batman stuff, and this was just as cool. If you’re not a comic person, this is an unused cover from X-Men: Alpha, which kicked off The Age of Apocalypse. This event started just as I was getting into comics, and I haven’t experienced something that riveting since. A lot of comic crossovers are cyclical now, but this was actually a fresh idea. Anyway, this appeals to my love of comics, as well as my love of shiny thing/holograms. Oddly enough, I don’t remember this as having a holographic cover gimmick; it shipped with a foil cover gimmick, so I wonder if this was some sort of retailer exclusive. 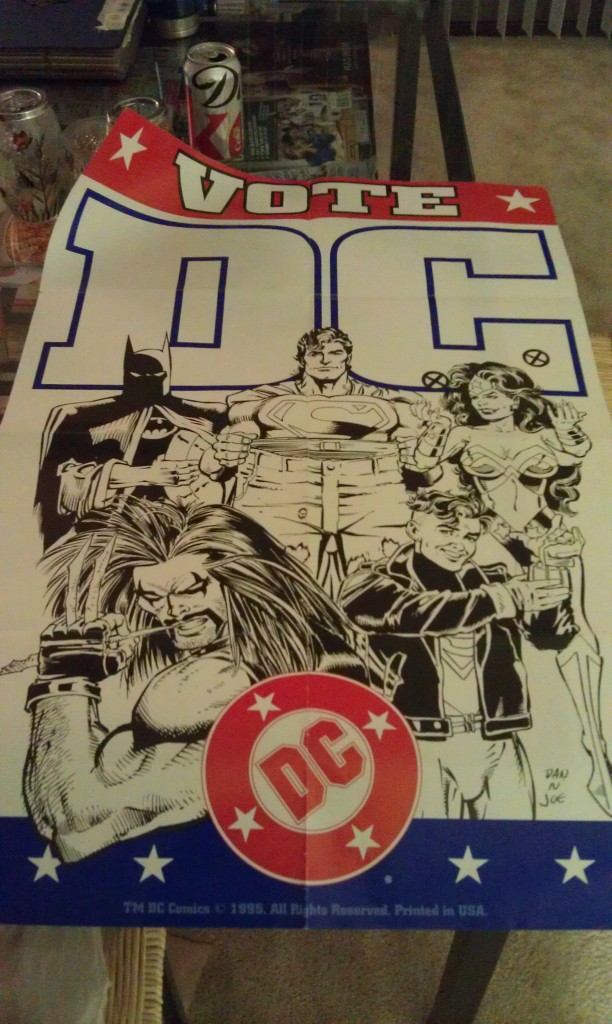 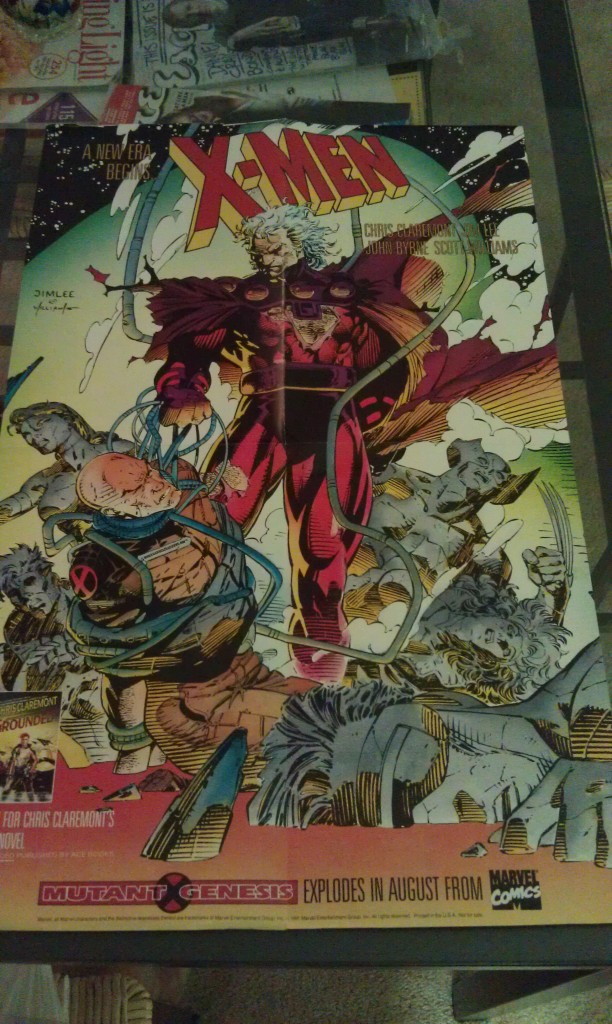 These came from the same vendor as the X-Men cover. It may not be immediately apparent, but the “Vote DC” poster is actually a promotional item from the Marvel vs. DC event. You’ll notice Batman hiding Captain America’s shield in his cape, as Superman brandishes The Hulk’s pants. Below that is a poster for 1991’s X-Men #1. I collect comic promo items that are typically only available to retailers, so these 2 posters were great finds.

Well, that’s all she wrote for the flea market. Next month is the last one of the season, so I’m pretty sure I’ll go check it out one last time. In the meantime, I’ve got my hands full with the thrift stores. Tune in next time, where I’ll show ya some autographed stuff I came across!